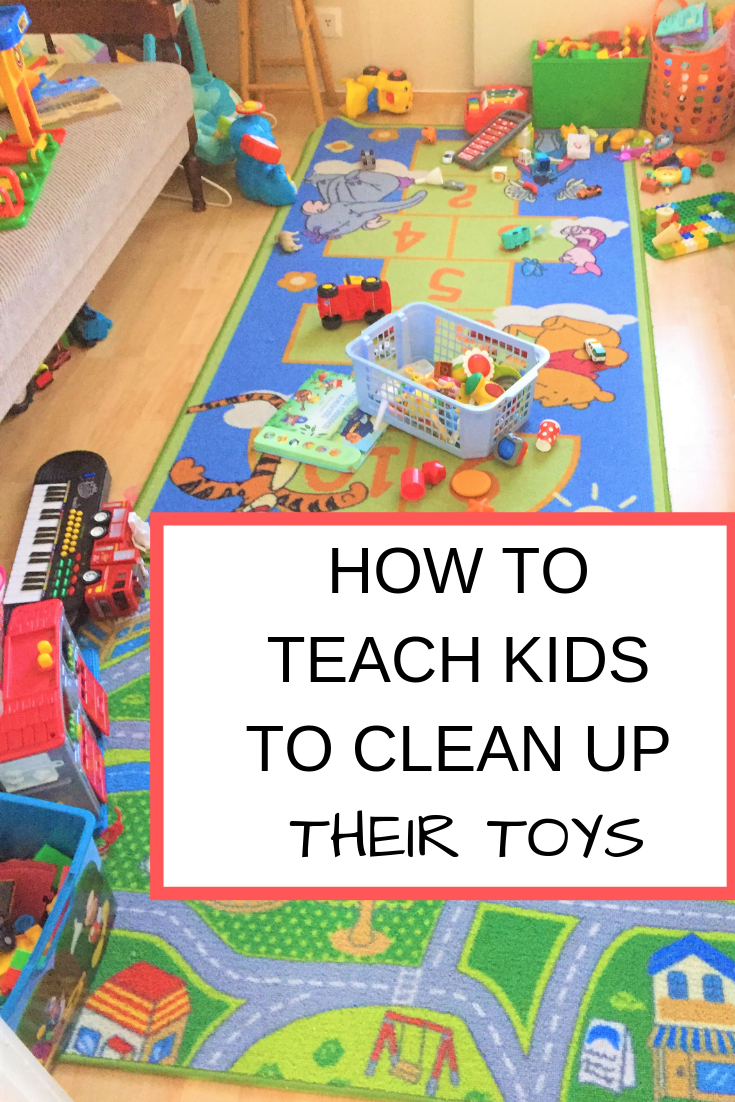 Are you a mother who doesn´t like a messy house? What you do when they are making the whole house as their playing room? How do you teach your kids to clean up their toys?

Having small kids doesn’t mean the house will be as tidy as it was before them. Being messy is part of their development as a child. I don’t control my kids too much to be tidy. It is okay to be messy, it is ok to have toys everywhere, it is okay why? Because that is their work, to play and be creative. I buy them toys that they can be creative.

Part of the infant and toddler stage is being able to start learning to play, to build something, to create something. Some stumbling to lego in the house is not a big deal. Sitting on the car toy on the sofa is okay. That means they had been playing, they had been creative. There is a toy car traffic somewhere in the living room sofa or a lego kingdom somewhere on the floor.

BUT, how do I teach them to clean? It doesn’t mean that if I let them be messy, I don’t teach them to be tidy. I have three rules in the house that I apply and they follow.

Firstly is the third-day clean up rule.

From the toddler age, I start teaching them already to put back toys every after use. If there is an infant who takes it right away, it becomes a game between the two. Who put and who takes. So I let them play of course. That’s why toys to be played. Some point, the toys can be from playing room all over the house wherever they play but only for 3 days maximum. During the third day, all toys will be arranged back to its proper place in the playing room. Why is that? Because if the toys are all over the place for a longer time, they forget it and even difficult to know where they are. Difficult to clean too!

Secondly, a teamwork play of cleaning.

How do we clean the mess is that I ask all except the youngest who is still an infant to collect toys from each part of the room as a play. I usually have a vacuum cleaner on and they know it is time to clean. Sometimes they are riding a car toy and one is pretending to be the “toy collector” like collector and bring it to playing room. My eldest daughter is always the one who volunteered to be in the playing room arranging the toys properly, but if it’s too messy, she asks my help. When toys are in the proper place, it is easy to know what toy is where.

If I noticed some toys that are not being played for a while or a toy that stays in one corner and not interesting anymore, I hide it. This means, they don´t see that toy for a specific period of time and when they see it again, it is like again a brand new toy for them. See, I don’t like spoiling my kids buying new toys all the time. I want them to appreciate what they have and only if there is an occasion, then they can have a new one. Too many toys can make the house really messy.

So that’s how I teach them how to clean and be tidy. Eventually, when they are bigger, they will learn to arrange the toys every after use. That’s why my girls have a very tidy bedroom. They play but latest before going to bed they clean their toys without me telling that, they don’t like a messy room. They are also the ones who volunteer to clean the house when they feel like toys are everywhere already. Sometimes I come out of the bedroom after putting the boys for day nap and the whole house is already tidy. I can hear them laughing while doing it. Arranging their brother’s toys in a playing way is fun for them. Isn’t that amazing having daughters?

Another easy way to lessen the mess of toys everywhere is letting them play outdoors often and longer. I have here link on how I encourage my kids to love outdoor.

122 shares
Tags: how to teach kids to clean up their toys, parenting, simplyfinnoymom, teaching kids to help cleaning