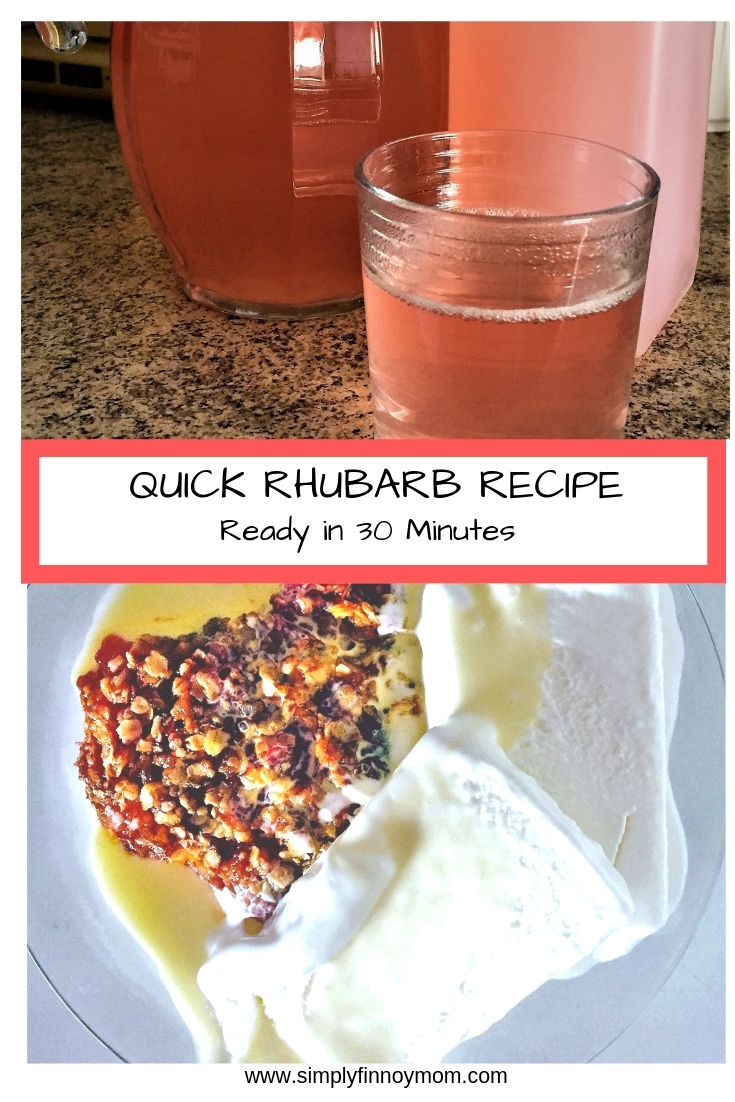 I remember the first time I tasted rhubarb more than a decade ago, in one of our friends’ house who used to live in Vaasa. It was so good and exotic taste for me. I was so thrilled by this plant too. It looks like the huge version of the taro but different. So this post is about a quick rhubarb recipe I prepared same time in just half an hour.

When we bought this house having own rhubarb in the garden. I haven’t really cooked anything out of it immediately. Whenever we visit my mother in law before during summer, we are bringing her rhubarb from our garden. I love her strawberry rhubarb kissel which she prepares for us. I was so scared of making a mistake cooking the rhubarb so I never got the courage to cook it. Until about 3 years ago, I realized we have always so much and why not try. I like how quick rhubarb recipe can be done in just 30 minutes time.

Through the years I had been making quick rhubarb recipe such as kissel, juice, pie and baked oatmeal. Checking in the backyard, noticed that rhubarb is growing so big again today. So I decided to do something with rhubarb for the first time this year. I started picking up the stalk and separate the leaves. Note! I heard that leaves are poisonous so never consume those. So what’s the menu? I want to make baked oatmeal and juice. I also use frozen raspberry from last years harvest from the backyard. So then rhubarb and raspberry baked oatmeal. Below are the recipes

For the rhubarb juice here is the recipe. I am doing this juice at the same time while I’m preparing the previous menu.

A simple note, do not peel the rhubarb stalk if you don’t want your juice to be colourless. I have done that mistake when I made it for the very first time and I realized only the reason why when I saw the final result.

There are a lot more to try about the rhubarb. Will you believe I use this too for the famous Filipino sour soup dish called sinigang? I did! It is sour and I tried to be creative but I will write about that when I do that again about you, have you tried rhubarb? What is your rhubarb recipe?