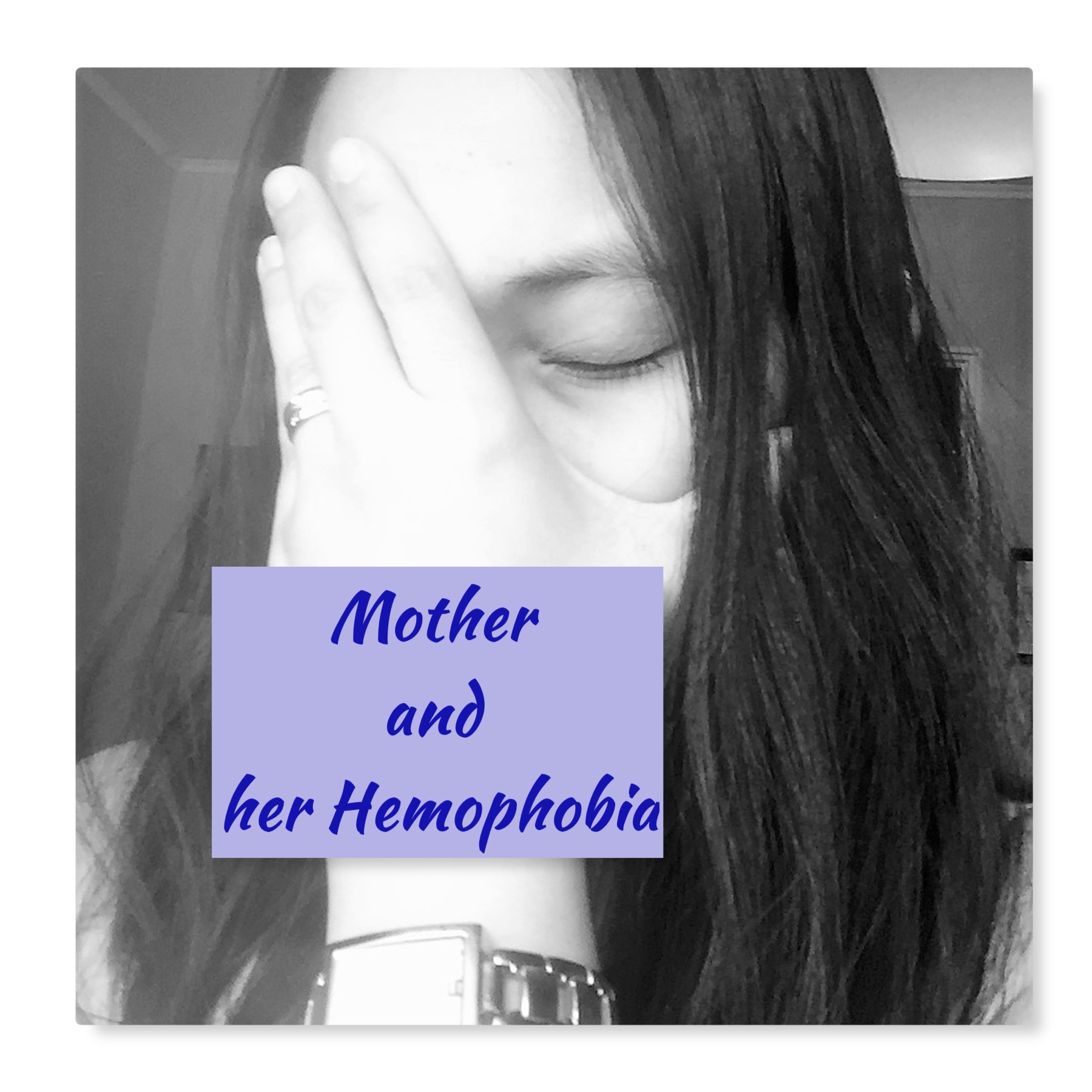 Do you have a phobia and you are a mother? Have you had those before you become a mother and thought you get over it but you haven’t? Is fainting with the sight of blood caused by hemophobia one of those?

I know, maybe some of you my dear readers might find this funny. Maybe some of you might think that mothers can’t be fainting with the sight of blood, right? I mean, come ’on “mothers who give birth to their children, had seen a lot of blood and been through a lot of pain be it in any ways of giving birth”, like me as a mom to four children, how come sight of blood affects still?

I was scared of the sight of blood when I was younger. I thought though, I overcome this already. Of course, my kids get wounds some days and always “mommy!” is the first person they run into when that happens. I cleaned wounds many times and that doesn¨t make me feel bad anymore.

There were two instances though that I was caught by the unexpected situation. First was a few years back when one of my children had to wake me up in the middle of the night because of the bleeding nose caused by squizzing nose during sleep. I was from sleeping too and I think I did go too fast out from bed to run for help after hearing “Mommy!”. I knew I should have waited a little bit before running for help. Can we moms actually not rush? If our kids are in trouble, we can run like in a blink of an eye from one room to another just to be on the rescue, can we not rush? Maybe easily said than done but not very wise especially after sleeping because it ends up that I am more the patient than the child after having the sight of it, luckily husband was to the rescue so that kids can´t see me that weak.

When the situation was under control, I realize how dangerous that could be actually. Whatever the circumstances are, if you are from sleeping, sit down at least a minute beside the bed before standing. So when I fainted, I predicted that it was due to that matter, that I came from sleeping, note the use of term predicted because I am not a doctor or a nurse.

The second instance is just recently. That’s why I decided to write this topic on my blog. I thought I am over with that phobia already, I was wrong! Let me tell you why. Lately, one of my children got injured and the injured part got very swollen. So I drove to our local health centre for a doctors checkup. Luckily we did, the doctor immediately checked by just pressing the area and knew what happened. Unfortunately, the injured part has so much blood inside it that caused the swelling. The only way is to take that out, to drawn the blood out from the injury so that it wouldn’t cause more harm or infection. I tried to calm myself, I mentioned above that I am not a nurse or any health expert so a lot of pictures come to my head already of what will happen, especially when two nurses came inside the room.

Okay, they asked my child to lay down to relax and then they used a needle to draw the blood. When asked if it is painful, answered from our patient was “not at all!” How about me this time? I was in one corner watching, started to sweat, felt weak and there almost fainted. Luckily I got told by one nurse of what to do. I basically was too weak at that point, still watching what was happening inside the room but managed to sit before anything bad can happen.

Our patient was very brave, it took only less than a minute but for me felt forever. The funny thing was, I thought if only I knew exactly what to happen I think I didn’t have that scene but I was caught by surprise. I didn’ t knew that it was going to just use of simple needle and not an open wound. I have seen a lot of those “needle thing” during my motherhood time and I didn’ t had any reactions anymore compared when I was younger. Being a mother I tried to be brave. Actually, I am brave but I have a weakness too. After all, I am just a human being, not a superhero.

Am I the only mom who feels like fainting in the sight of blood? I think so not, but how do you overcome this haemophobia when you least expected? Are you like me who tries to show being weak in front of the kids?

0 shares
Tags: fainting in the sight of blood, fear of blood, hemophobia, mom and hemophobia