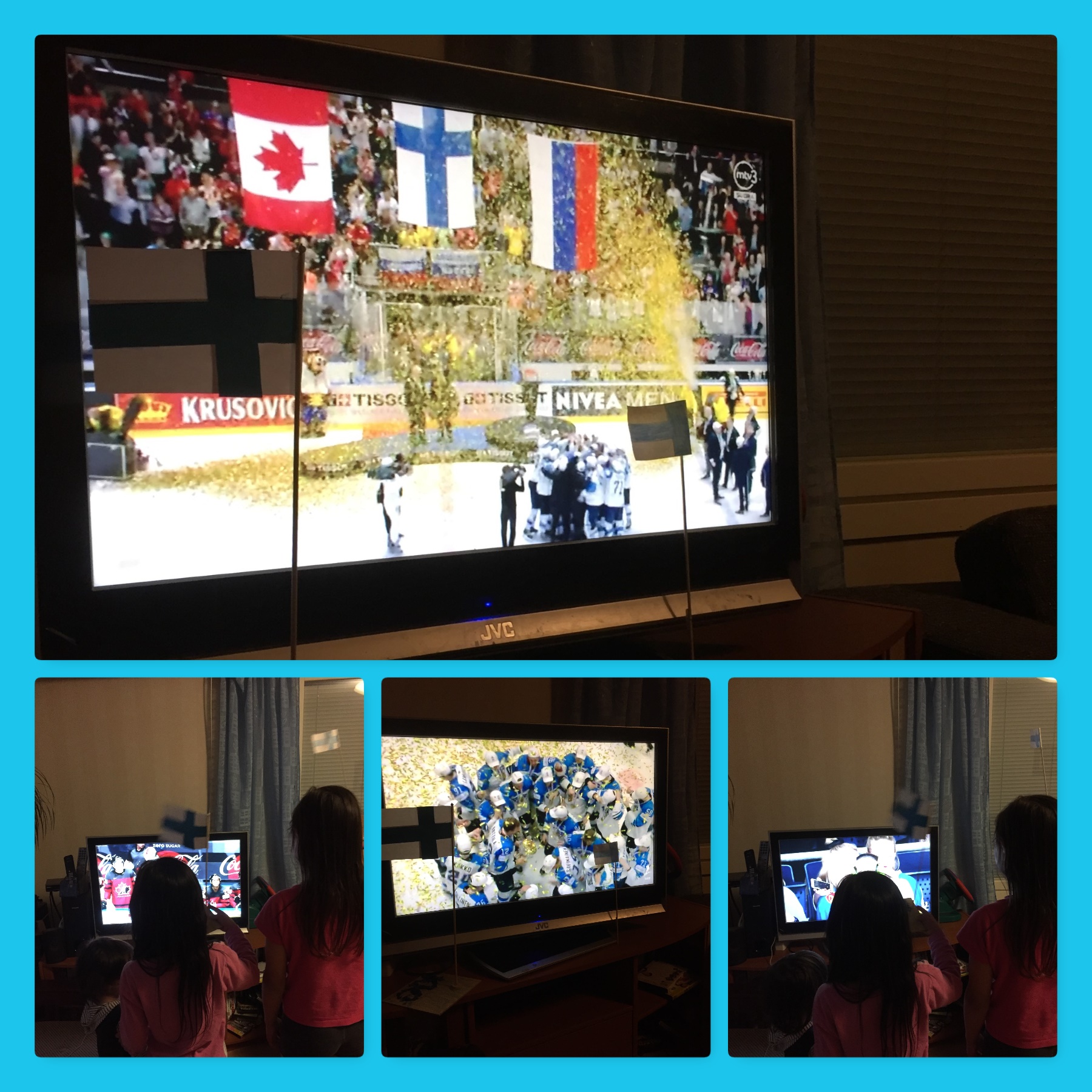 Have you been following the ice hockey game? How is the performance of Finland in Ice Hockey Championship? How did the Finnish men’s ice hockey team called Lions or Leijonat in local language successfully won the Gold in the Ice Hockey World Championship 2019.

The country I came from doesn’t have an ice hockey game, we have summer whole year around in there. Why I am talking about this in my blog then? Simply because I live in Finland we are Finns, we like sports and because of my husband. He used to play ice hockey as his hobby when he was younger, introduced me to watch this game on tv since we became a couple more than a decade ago. Still, I am not an avid fan, I haven’t watched every single game but I try to watch whenever I have free time. So being said that, this blog is only based on my own opinion and our experience watching the game in our own living room. I am writing how Finland in Ice Hockey Championship for this year 2019 and why it is considered historical.

This last weekend has been extraordinary for the Finns and the Lions! Firstly, they won against Sweden to be in the top 4. Finnish and Swedish game is always a must-see game. Have you noticed that if you buy here a table hockey in Finland, the players are wearing the uniforms of Finns against Swedish? We have one at home which we have to buy a new one because it has been used so much and our little ones started removing the players out from it.

So yes, Finland beat Sweden! Finns rejoice for that and it has been of course all over the news. Friday my husband drove home from his working place in Lapland, an 8 hours drive to be with us at home as usual. Unfortunately, my daughter got fever due to flu so we had to cancel appointments for the weekend. Her friends birthday party on Friday and we were heading to a family friends daughters birthday party also on Saturday. We also had to cancel that.

The whole Saturday we were just spending time indoors. Playing with the rest of the family and taking caring of our little patient. Then my daughter said, she would like to watch a movie this time which by the way very rare nowadays for us to open the tv. So we opened the tv and then the husband said, “reminder, there is the Semi-Finals today Finland vs Russia.” Oh yes, I had forgotten that there is the hockey game. Against Russia? No! I kind of walk around while watching, I can’t focus watching the game honestly. I have an infant to look at too who start to practice walking.

In the first round though, it was already so tough game and Finland was already too close to had a goal in the teamwork lead by Kakko #24 and Lindbohm #40. The hockey puck or disk was just left on the line to the goal then there was many almost goal for Russia but the goalkeeper of Finland Lankinen #30 made so much saves so no goals will make. Then 3rd round came for the winning goal for Finland, I didn’t see when it happens but I run for the rewind! I was running to pick up my son going to another room! There was the winning goal for just about 9 minutes left, the captain Marko Anttila #12 made the goal! Does that mean we are heading for the Finals?! YES!!! Finland will be in the Finals! It means the Lions will come home at least the silver but we want the GOLD!

Sunday I watch the game for the Bronze medalist without my husband. He is driving that time to the north because he will be at work the next day. Russia against the Czech Republic hockey game but it was just no goal after round three. Tough game but to see them play for the Penalty Shootout wasn’t fun. If the time given for the three-round is over and no goal, then they have to select 5 players each to shot the goal. Whoever gets the first high score of 3 won the game. Russia won the Bronze!

Sunday evening at 21:15, the moment of truth! Finland against Canada for the Gold medalist! I usually put the kids at 20:00 to sleep but this time they don´t want to be in bed. I only managed to put the youngest to sleep and the rest are playing in their room and once in a while watching the game too. My husband already arrived in his apartment and we are chatting when there is break time. See, we are funny, we are in separate place but we are kind of in one place connected by the Ice hockey game this time. My kids put the flag they made in the school way back. They are cheering for the win too!

I asked my husband before the game start of his opinion what is the probability of Finland winning the game against the giant hockey team Canada? He answered 50%, okay then it is fair to say that and true it is 50-50 that’s why they are there. I mean Canada won gold almost every time! Finland won only twice, 1995 and 2011, where the last time I also watched. It was when Mikael Granlund had his famous “ilmaveivi” goal.

I hope for a fair game but we want to be the winner! We want GOLD!

The Impossible made possible game

How the game went? How does Finland in ice hockey championship finals? Just in the first round few minutes after opening the game. Canada gets the penalty and Finland got the chance to have the free shot goal. Every Finns were hoping, including me on the sofa watching that they will get the goal, but they didn´t. It was so tense start! Then, Canada gets the opening goal just a little less than 10 minutes left for the round done by player #27. In the second round though, Canada has one player less because of another penalty and that means a power play for Finns. They actually did the first goal made by captain #12 Anttila. Then the 3rd round came Finnish player #19 gave the disk to #12 who made the second goal for the Lions. He is the hero of this competition all throughout. There I am already comfortable that Finns won the game. I am already rejoicing and disturbing my husband by chatting more, then just about 4 minutes before the game ends, they made another goal! From a distance goal by player #82! There are many shots saved by the goalkeeper Lankinen again for this game!

That was Canada 1 vs Finland 3 to end the game! Lions bring home the Gold once again to Finland after eight years. We was rejoicing! We waited for the Finnish National anthem and some few more minutes before going to sleep. Luckily, my students will start school late and they will need to sleep earlier the next night too, to compensate for the hours of less sleep.

For sure, so much Finnish people had a lack of sleep but this doesn’t happen every year! I am happy I watched the game and proud of the teams’ success! Could even be declared as “holiday” the day after if they won gold. Just saying!

The success of Finland in ice hockey championship for winning the gold has been celebrated from last night all over Finland.

Congratulations to both team! Finland for the gold and Canada for the silver! You are the Worlds Two Best Men’s Ice Hockey team of the year 2019!